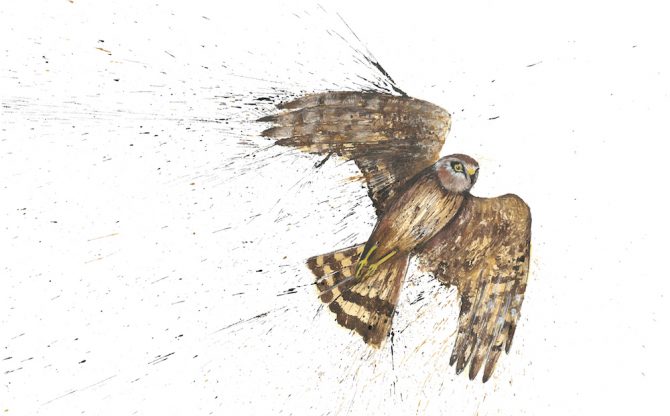 Back in March of this year we took the decision to become the Hen Harrier species champion with the RSPB to do our bit to help save a rare bird of prey, both native to and the symbol of the Forest of Bowland AONB, from extinction.

We also thought it would be a great way of spreading the word about our fabulous beers, Hen Harrier is our flagship ale, and the beautiful part of the kingdom that they come from to a large, national and even international audience that is the membership of the RSPB.

We certainly did not think that this small but well-meaning charitable initiative would bring us into the wider preservation / conservation / shooting debate. We are a small brewery, based in the Ribble Valley, trying to sell more beer. We are not a lobby group and we have no axe to grind. Just as importantly we do not want to be used to further the political objectives of one side or the other. We are entirely neutral in this debate and we want to remain that way.

We remain committed to the agreement we entered into with the RSPB and to maintain our neutrality we are also in discussion with BASC, the largest national shooting and conservation body, to see what can be done to raise money for Hen Harrier conservation locally and other Bowland specific projects. More details of these to follow.